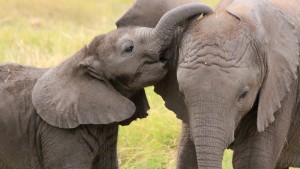 The new president may have a different approach to protecting the elephant herds of Botswana.

For the last two years, we have fought to save 100 elephants in South Africa from bing shot dead by hunters. We were sanguine about rescuing them because of our superb relationship with the Republic of Botswana. Now that may have all changed.

The former president, His Excellency Serêtsê Khama Ian Khama, was sympathetic to our rescue efforts and helped us establish rapport at the highest levels of the his government. Because of his generous assistance, we were able to arrange for a new range land within Botswana where the elephants would be relocated. The precise latitude and longitude were determined. Logisitcs were being considered and planned. The finest wildlife team members possible were being assembled; these were professionals with decades of experience in the translocation mega fauna.

But with the new administration came new minsters and officials. And so, all of our contacts are gone.

This is significant because of a dynamic called TIA (This Is Africa). Even in Botswana, the finest country in all of Africa, TIA means that everything takes more time and effort than in non-African nations. Moreover, His Excellency, President Masisi may not want another 100 elephants in Botswana where the overpopulation is often problematic.

Thus, after two years of hard work and diplomacy, it appears that we must start again from scratch.