Our GuideStar Gold Seal of Transparency 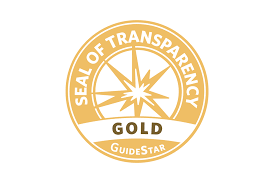 Less than .05 percent of public charities receive the Gold Seal of Transparency from GuideStar.

The Global Plan to Save Elephants, Inc. dba, Elephant Rescue.net is a 501 (c) (3) Public Charity.

According to our approval letter from the IRS, “Donors can deduct contributions they make to you under IRC Section 170. You’re also qualified to receive tax deductible bequests, devices, transfers or gifts under Section 2055, or 2522.” 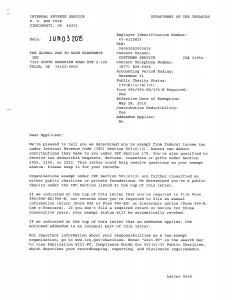 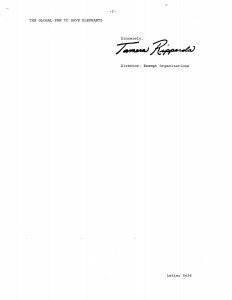 Our mission is twofold:

I   Creating awareness of the existential threat to elephants.

This includes giving television, magazine and newspaper interviews, creating interest and awareness on social media, updating our subscribers with newsletters every two weeks, creating scholarly papers about the state of African and Asian elephants, creating quality content on our website, engaging one-on-one conversations with individuals and groups and holding fundraisers.

II   Seeking a safe, natural environment for all elephants.

This means stopping the poaching and hunting of elephants. Freeing elephants who are being used for research, zoos, rides, petting or entertainment. And, ensuring that elephants are free to roam literally thousands of acres with their families where they can forage for food in climates remaining above 50◦F / 10◦C.

The story of our beginning is best told by our Founder and Chairman, Phillip Hathaway:

“It has been said the divine gifts are love, joy, peace, patience, kindness, gentleness and self control. Anyone who has spent time with elephants know they possess more of these qualities than humans. And, they are incomparably closer to their families than us.

“This is why I was so terribly troubled when I discovered that 30,000 to 50,000 of them were being literally butchered alive in the most heinous fashion for their tusks each year.

“In one well documented case, several families of elephants sought safety in a herd which grew to over 300. But they were ambushed by poachers on horseback wielding machine guns and hand grenades. All of them – even the little babies – were unmercifully slaughtered. After learning of this, I was unable to sleep that night.

“The next morning I volunteered at several internationally-known organizations with declared missions to save elephants. Yet, none were excepting volunteers; and equally disconcerting, they were not forthcoming with information. And, the information they provided was woefully outdated.

“Nevertheless, I continued talking with experts to create a plan to halt this horrific massacre. However, during the course of these conversations I found no clear, viable plan to stop it.

“Although millions and millions of dollars were being poured over and around the problem year after year, the genocide wasn’t slowing down – it was accelerating!

“Nothing was changing on the ground in the elephant ranges. The poachers and hunters were having a free-for-all.

“I was aghast! I stood back and said to myself, ‘Oh, my God! This is worse than I thought.’

“I knew to end the killing, we needed a meaningful plan of action and people’s help from around the world.

“That was when I knew I had to start my own organization. So, I founded a 501 (c) (3) public charity, ElephantRescue.net. This is a systemic plan in which we hope to effect life on the ground for elephants in range states, creating a barrier to market demand, traffickers, poachers and their partners in corrupt governments.”

Our advisors live across the United States and Sub-Sahara Africa, between which a seven hour time difference exists. Consequently, it is a scheduling and logistic challenge to meet on a regular basis. So, rather than having a Board of Advisors, which necessitates meeting from time-to-time, we simply call upon selected professionals for counsel when needed. These are some of those professionals from whom we seek advice:

Phillip Hathaway is John Stephen Mauldin’s nome de plume for more than a dozen books he has authored, seven of which are in currently print. What is more, an entire business, TalentJournaling.com, was built upon one of his books, The Psychological Elegance of Talent, published under the pen name Phillip Hathaway.

He says, “In the past, I was concerned that some people may perceive me as being disingenuous because I use a pen name. So, shortly after founding ElephantRescue.net, I made plans to change my name to Phillip John Stephen Mauldin Hathaway to avoid such misconceptions. I presented this idea during a luncheon with my Board of Advisors who wisely suggested that I simply disclose my legal name and pen name on our website.”

Phillip was a rifle expert in the military where he ran four miles in a speedy twenty-six minutes every morning while wearing combat boots and fatigues. He says, “Serving in the military is one of the things of which I am most proud. My job, however, was defense of my country and family rather than venturesome foreign expeditions of offense. Ironically, I’m now a dedicated pacifist.”

Upon his Honorable Discharge, he attended Oklahoma City University and the University of Kent in Canterbury, England and holds a Bachelor’s and a Master’s Degree in the Social Sciences.

Having completed his university studies, he circled the Earth twice on a two-year journey. The highlights of his round-the-world-trip were meeting HRH Princess Diana, spending three days photographing the Taj Mahal, seeing the starry belvedere of the Milky Way from Australia, attending the tennis championships at Wimbledon, visiting Red Square in Russia, backpacking in the Himalayan Mountains of Nepal and enjoying the kaleidoscopic culture of ancient Marrakech, Morocco, his absolute favorite place.

It was, however, his sojourn to “not altogether civilized India”, as he calls it, that indirectly inspired his writing career. He uses the word “indirectly” for it was not India itself that was the inspiration but what he acquired while visiting there: a side effect of the local diet. He says, “Although paying homage to the village doctor in a mud floor hut and drinking his prescription ominously labeled, ‘Only take this if you are very sick’, I was, nonetheless, very sick for three months. It was during this period of my otherwise uneventful convalescence that I began writing essays about the human predicament, with appropriate and timely inspiration.”

He especially considered the notion of reconciling the dichotomy of the need to labor and to use one’s talent. Deeply inquiring within himself, using his own experience, he was able to determine unique observations regarding the psychological effects of talent. This led to his creation of Psychosymmetry and its supporting arguments in three essays: The New World of Talent, Talent Revealed in Classic Story-Telling Style and Purpose, Evergreen. He also created a didactic methodology to help young people discover and develop their talent, Talemtjournaling. The mission of his company, talentjournaling, is helping k – college discover their talent.

Expounding upon this theme, Phillip wrote the original libretto of an operatic musical featuring the unique lyrics and melodies of twenty-six of his songs. With the backdrop of the Black Forest in the year 1800, the plot is drawn taunt with deadly conflict and high emotion, dramatizing the importance of using one’s divine gift.

His articles have been published in The Sunday Oregonian, the largest newspaper in the Northwest United States. He has also written three screenplays and several books, seven of which are currently in print:

Phillip has been a guest speaker at Portland State University, the United States Army, Hilton Hotels, two divisions of Armor All, the English Speaking Union, and several other organizations.

While not writing he spends time hiking with Blackjack, his very best friend and flatcoat retriever. He says, “Blackjack is guru of the higher virtues and one of the best things that has ever happened to me.” Phillip also has adopted two wild Mallards who are mates and have vacationed at his home for the last seven summers. And, he has counted, “exactly twenty-three species of wild birds” that have come to his feeders. He also paints and sketches occasionally. Some people believe his graphite portrait of Lord Nelson may be one of the better likenesses of Nelson.

Phillip is Founder and Chairman of Elephant Rescue.net. Its mission statement is: 1. Creating awareness of the elephant’s existential threat. 2. Seeking a safe, natural environment for all elephants. He asks, “Can we beseech God’s mercies for our sins while numb to the cries of mercy from those who sin not?”

He is a past member of The Royal Society of St. George and The English Speaking Union. Hand- in-glove with these organizations are his goals to create global understanding through the English language and to preserve English literature and culture; for, as he explains it, “As a bit of a social scientist, I feel a person’s unique language and culture are the irreducible infrastructures of their political, societal and individual freedoms and, beyond personal enrichment, should be used for international friendship.”